CONSIDERATIONS IN PURCHASING A UNIONIZED BUSINESS 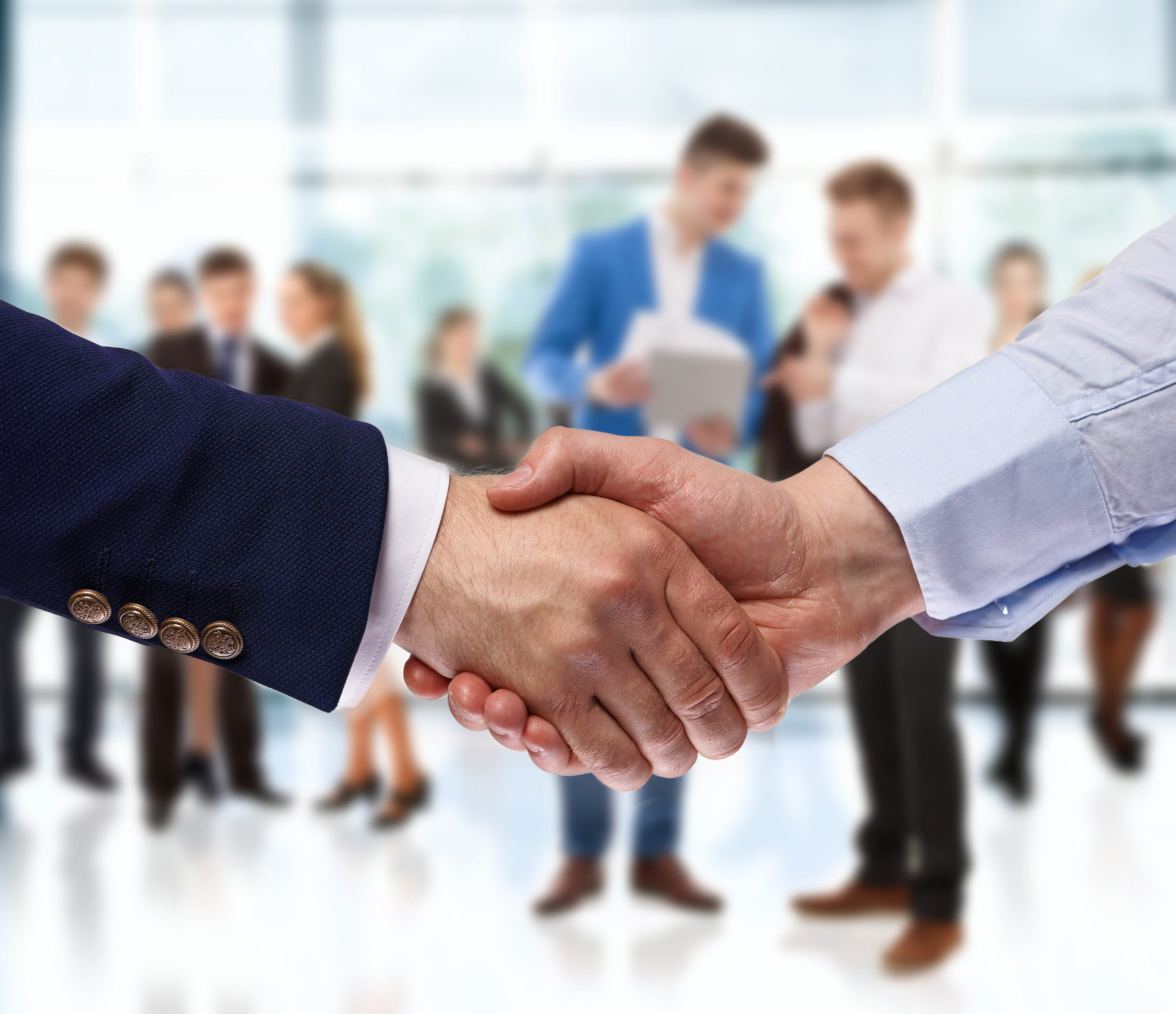 When a buyer decides to acquire a unionized business that is subject to the terms of a collective bargaining agreement (“CBA”), it is important for the buyer to take steps prior to the closing so that it can protect its rights visà-vis the unionized employees of the seller.

Structuring the Transaction
Structuring the transaction as a stock acquisition versus an asset transaction could make a difference for the buyer as it relates to the status of the seller’s obligations to the union. If the acquisition is structured as a stock transfer, the acquiring company “steps into the shoes” of the target and is obligated to abide by the terms of the existing collective bargaining agreement. This means that the buyer is not able to change the terms and conditions of employment for the employees covered by the existing CBA for the remaining term of the union agreement. If, however, the acquisition is structured as an asset transaction, it is possible that the acquiring entity may not be obligated to assume the existing CBA, or even recognize the union.

In an asset transaction, the buyer may be obligated to recognize and bargain with the predecessor’s union under the following circumstances: (1) the majority of the company’s workforce was previously employed by the seller, and (2) there is substantial continuity of the two companies’ business operations. If the buyer is not acquiring the employees as part of the transaction, or union-represented employees of the seller will be merged with the buyer’s group of employees, it is arguable that there may not be any continued obligations between the buyer and the union.

Important Questions & Considerations
One of the determinants as to whether a buyer is obligated to recognize the seller’s union as the collective bargaining representative of employees is the degree to which the buyer has hired the seller’s employees and continues to operate the business as the seller did. In other words, is there substantial continuity of business at the new business? If the buyer hires none or a small minority of the seller’s employees, there could be an argument that the buyer has no obligation to recognize the union because the buyer is not a successor to the seller. There are a number of factors that are taken into account in determining whether a buyer in an asset purchase is a successor, including:

If the buyer’s business is substantially different than the seller’s business and the employees are performing different jobs, there also may not be an obligation for the purchaser to recognize the union. It is important for the buyer to carefully analyze how it intends to operate well before the company takes over the operations, so it can potentially make strategic decisions and not inadvertently waive any rights.

Even in situations in which the buyer becomes the successor for the seller’s employees, the buyer generally has the right to elect, not adopt, the CBA that was in place between the seller and the union. Instead, the purchaser may set different initial terms and conditions of employment and then bargain with the union for a new CBA. Taking this step is important in that the CBA is the contract that governs the terms and conditions of the bargaining unit employees’ employment. The buyer will want to craft a CBA specific to their business and operations, not the seller’s.

Buyer’s Risks of Being a Successor
It is important to note that the buyer could lose its right to establish terms and conditions different from those contained in the predecessor’s CBA if the buyer is deemed a successor to the seller as it relates to the CBA. This could occur if the buyer misleads the seller’s employees into believing they will be retained or hired after the acquisition without changes to their wages, hours, or terms and conditions of employment.

In this case, it could be determined that the buyer has waived its right to establish new terms and conditions of employment and is obligated to follow the predecessor’s CBA as the status quo until the company can potentially negotiate new terms. To avoid being considered a successor to the seller as it relates to the terms of the CBA, the buyer should make clear that it will not be adopting the existing CBA, but instead, that any offers of employment post-acquisition will be under new terms and conditions.

Special care should be taken at every step of the transaction, including in the transaction documents, in all announcements and employee communications, and in any offer letters or hiring documents provided to the employees. The buyer should be careful in deciding to adopt the terms of the seller’s CBA as it relates to the impact over time from a financial and an operations perspective.

Evaluating the Existing CBA & Negotiating a New CBA
An important starting point is to evaluate the CBA’s economic provisions, including wages, bonuses and benefits. Even if the employees’ current wages are not higher than what the company is willing to pay, many CBAs include automatic annual increases with little or no consideration for employee performance. There can also be significant costs associated with medical benefits and other benefits, especially if the company does not have the ability under the CBA to change those benefits mid-contract. If there is an existing pension plan, the employer also would be responsible for any required contributions thereunder.

Possibly an even larger liability relates to multiemployer pension plans. Many multiemployer pension plans are underfunded, and employers that withdraw can be responsible for significant withdrawal liability costs. This alone would be reason to not adopt the predecessor’s CBA. A company should also strongly weigh whether the CBA’s noneconomic provisions fit with its own specific business and operations. Important provisions to consider include the CBA’s procedures regarding how employees are promoted, how overtime is assigned, employee hiring and layoffs, employee grievances and arbitration, company neutrality provisions, no strike clauses, subcontracting and management rights provisions.

Once a CBA is in place, it establishes all of these items for the term of the CBA, which is typically three to five years. Furthermore, the provisions then serve as the starting point for the next CBA negotiation, and it can be extremely difficult to reduce or pull back on provisions once they are established. Because of this, most companies will want to invest the resources to negotiate a new CBA at the time of the acquisition, rather than adopting the predecessor’s CBA.

Deciding to Move Forward as Union vs. Non-Union
It is important for the buyer to weigh the differences in operating a union versus non-union facility as it relates to everyday operations relative to interactions with the bargaining unit employees. One of the main differences in operating a unionized facility is that often, the company has less flexibility with a number of matters. For instance, in a non-union setting, the company has wide discretion in hiring, promotions and employee terminations. In union facilities, hiring decisions can be limited by recall rights of previously laid off employees or by requirements to first offer the position to an existing bargaining unit employee.

Similarly, many CBAs have strict procedures on how employees may be promoted. Where the company otherwise might be able to promote based on merit, many CBAs rely on seniority. Employee terminations also are typically limited. Generally, in the non-union setting, employees are at-will, and the company has wide discretion to act as it sees fit. Most CBAs, though, restrict terminations to those “for cause” and violations of established work rules. This can make it difficult to dismiss underperforming employees.

Although there are many unionized facilities with excellent employee-management relationships, it is not uncommon for an adversarial “us versus them” culture to arise, especially during contract negotiations, in situations of discipline and terminations, and even with larger business decisions. Depending on the worksite, employee grievances can be commonplace, and the handling of these grievances often requires multiple steps of management involvement and review, written responses and appeals. Failure to correctly follow the steps can result in a decision against the company and in favor of the employee. Companies also have to be mindful of the precedent created by grievance and arbitration decisions, as final decisions can arguably govern similar matters in the future.

In Closing
When acquiring a unionized business, the buyer must be mindful of these differences. Even outside the terms of the CBA, operating with a union can affect how the company communicates, interacts and even motivates its workforce. Failure to consider the differences before the transaction is closed could result in unnecessary tension in the workforce that have longlasting effects on the successful operation of the business. For further information about buying or selling a business with or without a unionized workforce, or other business matters, please contact PLDO Managing Principal Gary R. Pannone at 401-824-5100 or email gpannone@pldolaw.com.