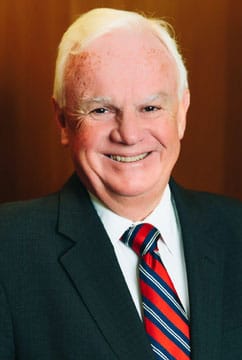 Frank E. Reardon is Of Counsel with Pannone Lopes Devereaux & O’Gara LLC and a prominent New England health care and employment law attorney and litigator with over 30 years of experience representing individuals, providers and corporations in both civil and criminal matters. During his prestigious career, he has served as advisor, arbitrator and counsel on a wide range of issues including fraud and abuse, ethics and malpractice, discrimination and sexual harassment, and disputes involving breach of contract, whistle blowing and HIPAA and OSHA compliance. Among his health care corporate clients are Massachusetts General Hospital, Beth Israel Hospital, Dana Farber Cancer Institute and UMASS Medical. He has also served as Rhode Island counsel for the National Association of Government Employees and in the General Counsel’s Office of Brigham and Women’s Hospital in Boston.

He is a highly respected scholar in his practice areas, having lectured and written extensively on health care legal issues for numerous publications, including the New England Journal of Medicine and The Journal of the American Medical Association. Throughout his career, Mr. Reardon has held leadership positions on professional and health care organizations’ committees and boards including serving on the Massachusetts Bar Association’s Health Section Council and as a member of the Institutional Ethics Committee of the Brigham and Women’s Hospital, Inc. He is a former Chairman of the Board of Directors of St. Monica’s Nursing Home in Roxbury, MA and the Medical Area Credit Union in Boston, MA and served as a trustee of Deaconess/Glover Hospital in Needham, MA.

Mr. Reardon is a founding partner of Reardon Law Office, LLC. He received a J.D. from Suffolk University Law School, a master’s degree in health and hospital administration from Harvard T.H. Chan School of Public Health and a BA in political science from the College of the Holy Cross. He is licensed to practice law in Massachusetts and Rhode Island and is admitted to the bar of the United States Supreme Court. Over his career, he has briefed and argued numerous appeals in state and federal courts and serves as an arbitrator and mediator as part of his practice and as President of Dispute Resolution in Healthcare & Hospitals.