Medical Franchising: A Practice Model for the Millennium

Physician satisfaction is at a low-point, with one-third of family physicians and over half of certain specialists saying they would not choose to become doctors again if given a second chance.1 Shrinking reimbursements and a fifteen-minute patient encounter spent typing into the electronic medical record have turned the old-fashioned physician-patient relationship into a distant memory. Further, those practitioners who have sought relief from large, hospital based practices or accountable care organizations have often found themselves just as pressured by their new RVU compensation models, by quality metrics that often do not reflect the latest research, and by the ethical dilemmas present in systems where care-management eligibility is based upon the patient’s payment model. 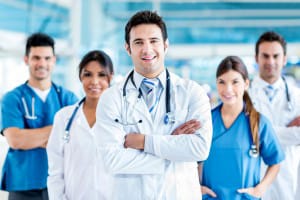 As an alternative, a growing number of practitioners are turning to medical franchising. Medical franchising can take a variety of forms. An example of its simplest variant would be a “store within a practice” model, whereby a dermatologist might offer a nationally-branded line of skin care products. At the other end of the spectrum, it can involve a fully collaborative model, whereby a franchise organization provides independent practices with web-optimization and sophisticated marketing, facility and equipment leasing, signage and fixtures, office management, training, data analytics, and/or a wide array of ancillary products. Of particular interest to practitioners, some medical franchise models operate on a private pay basis, free from the endless hurdles of government and third-party billing requirements.

Some early medical franchisers built their business structures using a standard franchise model that works well in other industries. However, medical franchising is subject to a unique patchwork of state laws regarding fee-splitting and the corporate practice of medicine. The evolving body of case law and other guidance surrounding the rise of management agreements in medicine and dentistry indicates that the structure of some early-formed arrangements may not survive scrutiny today.

For example, certain states prohibit the sharing of a practitioner’s revenue or profits, which means that percentage- based compensations models directly between a practice and a franchisor can put both the practice and the franchisor in legal jeopardy. Numerous states, including New York, Massachusetts, Illinois and California to name but a few, also prohibit the corporate practice of medicine. In such states, a non-practitioner cannot make decisions that constitute the exercise of medical decision-making. Moreover, such prohibited decision-making can be explicit, as in selecting treatment modalities for patients, or it can be implicit, such as making hiring decisions and directly employing members of a practitioner’s medical staff. Further, the provisions of franchising agreements pertaining to compensation, advertising and referrals must navigate a variety of state and federal laws concerning prohibited referrals and kickbacks.

Nonetheless, if the underlying structure and contractual agreements are properly crafted, medical franchising can be a healthy alternative to what the practice of medicine has often become. For example, many internists and family practitioners have made a first foray into this field by licensing the rights to sell branded weight loss systems. Given our national obesity crisis, such product lines not merely bolster practitioners’ dwindling reimbursements, they make a meaningful and measurable impact on patients’ lives and well-being. Other practitioners are turning to comprehensive franchise systems to jettison the insurance-based, fifteen-minute model completely. While the prescription pad is a necessary part of medical practice, many practitioners also realize that true health and wellness requires more. They are also finding that priorities are shifting: whereas Baby-Boomers spared no expense in pampering themselves, Millennials and Gen-Xers recognize the investment value in taking care of themselves. There is a difference, and younger adults understand this. The decades ahead will see rising demand for functional medicine, physician-guided nutrition and supplementation, hormone therapy, and similar health investments that assembly-line medicine is simply not designed to provide.

Today’s low-point in practitioner satisfaction is a serious matter, and many are finding that employment by a large group practice has not provided the hoped-for solution. By contrast, medical franchising has allowed a growing number of practitioners to regain control of their professional lives, re-bond with patients, and rediscover the joy of practicing medicine. Medical franchising can give practitioners a lucrative source of income, whether as a supplement to an insurance-based practice or through a complete re-engineering of the practice model. Furthermore, it can help practitioners realize similar or greater net revenues while also dedicating more time to each patient.

As states increase their oversight of medical franchising and similar models, they are not hesitating to strike down arrangements whose terms infringe upon the practitioner’s professional independence and medical decision- making. Fortunately, those very goals – professional independence and medical decision-making – are what draws practitioners to the medical franchise model in the first place, and they are the very reason that the medical franchise model will continue to grow in the years to come.

Those early-movers who wish to learn more about joining an existing franchise system, or about establishing their own franchise network during this early phase of the market’s development, are encouraged to contact attorney Joel K. Goloskie at or email . 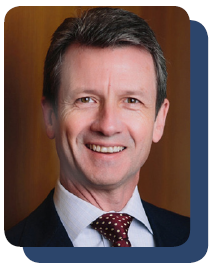 Joel K. Goloskie is Senior Counsel with Pannone Lopes Devereaux & O’Gara LLC and a member of the Health Care, Litigation, and Corporate & Business Teams. His experience ranges from compliance and HIPAA privacy matters to regulatory filings and approvals, contract drafting and management, and mergers and acquisitions. He has assisted health care clients as they dealt with compliance orders and deferred prosecution agreements, and has represented clients in both civil and criminal matters in federal court.