A Rhode Island Hospital and several of its key personnel were indicted by a grand jury on criminal charges of conspiracy and scheming to defraud the State of Rhode Island and its citizens. The charges stemmed from a federal investigation into the executive directors’ hiring of a part-time consultant to purportedly promote the activities of a corporation affiliated with the Hospital. The issue was that the part-time consultant was also a politician

In 2004 and 2005, the United States Attorney’s Office conducted a fourteen month investigation into a Rhode Island State Senator’s contract to work as a part-time consultant for an assisted living center affiliated with a Rhode Island hospital (the hospital). The targets of the federal investigation were the hospital’s Chief Executive Officer (CEO) and Executive Vice President (VP). The focus of the investigation concerned a “no-show” part-time consulting position that paid the Senator $30,000 per year to promote and market the assisted living facility. 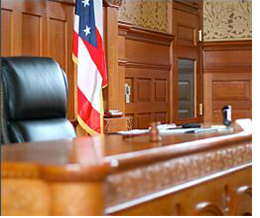 The consulting position was a “no-show” position in the sense that the Senator did not have an office at the hospital or the assisted living center and allegedly worked from home. It was the Federal Government’s position that the CEO and VP of the hospital created a “make believe” consulting job for the Senator solely as a means to provide compensation for advancing the political interests of the hospital in the legislature. The government subpoenaed the hospital for emails, faxes, and other communications between the Senator and hospital employees. The records provided sufficient evidence to show that the Senator was acting as a legislative “watchdog” for the hospital’s CEO and VP and was working to advance the hospital’s political agenda. In fact, the Senator was found to have other “consulting jobs” with Rhode Island businesses and was charged with several criminal offenses, including depriving the people of the State of Rhode Island of his honest services. He pled guilty to the charges.

In many states, a corporation can be held criminally liable for the wrongful acts of its agents if done within the scope of their authority and if the conduct even partially benefits the corporation. Here, the Government had sufficient evidence to support probable cause that charges against the CEO and the VP should be brought to a grand jury which subsequently indicted the two executives and the hospital (on a theory of corporate responsibility).

Faced with the potential exposure to extreme liability and the choice between defending the actions of its executive directors and saving the business, the hospital turned to the attorneys of the highly experienced PLDO Criminal Defense Team to assist it in building a strong and successful defense.

PLDO’s Criminal Defense Team, led by William P. Devereaux, former prosecutor and Assistant Attorney General, dove into the investigation during its preliminary stages. PLDO attorneys evaluated the scope of the Federal investigation, assessed the likely charges that would be brought, balanced the factual and legal issues that would emerge in the case, and estimated the extent of the hospital’s potential liability and exposure. It was determined by the PLDO team that though the executive directors had arguably acted to benefit the hospital – at least in part – when they engaged in the criminal conduct, the hospital’s focus had to be on preserving the business.

Quintessential to this decision was the PLDO team’s determination that the federal government was seeking to bring criminal, not civil, charges for the actions of the executive directors. Generally, criminal charges brought against a corporation carry hefty fines and penalties. Where the fines and penalties are large and the corporation operates for the public benefit, both the corporation and the community can be detrimentally impacted by the imposition of criminal charges.

As a result of the PLDO attorneys’ extensive legal acumen and astute assessment of the investigation and potential exposure, the hospital entered a Deferred Prosecution Agreement with the United States Attorney’s Office and avoided enormous fines and penalties.

With the effective legal counsel of the attorneys from PLDO’s Criminal Defense Team, the hospital avoided criminal prosecution for the acts of its executive directors. In consideration of avoiding prosecution, the hospital agreed to provide $4M in value of pro bono medical care to the Rhode Island community, engage with two Federal monitors for compliance, revise its compliance policy, and appoint a permanent ethics officer. PLDO’s criminal defense attorneys continued to represent the hospital beyond the execution of the Deferred Prosecution Agreement and helped to oversee and advise the hospital on its compliance with the agreement’s terms and conditions.

By consulting with the attorneys at PLDO during the preliminary stages of the investigation, the hospital was able to avoid criminal prosecution and crippling financial penalties. This was so despite the fact that corporations can be held vicariously liable for the criminal acts of their employees and despite the federal government’s strong case and tangible evidence against the executive directors.

Over the past decade, the criminal conduct of employees performed within the scope of employment has increased exponentially. Consequently, the federal government has increased its focus on prosecuting not only the culpable corporate officers, but also the corporation on whose behalf the officers acted. The federal government’s position is that this increased focus on prosecuting corporate entities works to provide public benefit, deter criminal activity, and promote corporate accountability. Because of these attributed benefits, it is believed that the corporate prosecution rate will continue to rise over the coming years. As such, where corporate directors and officers have undertaken questionable activities, it is essential that the corporation engage with a team of attorneys experienced in corporate criminal defense. 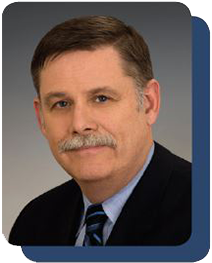 William P. Devereaux is a Principal with Pannone Lopes Devereaux & West LLC and leads the firm’s Criminal Defense Team. He is a highly successful criminal attorney in high profile cases with extensive experience solving complex legal issues and representing clients such as CEOs, doctors, lawyers and leading political figures before state and federal courts and regulatory agencies. He was the first attorney in the United States to successfully negotiate a “Deferred Prosecution Agreement” for a hospital and he is the original author of “Rhode Island’s Guide to Grand Jury Service.”