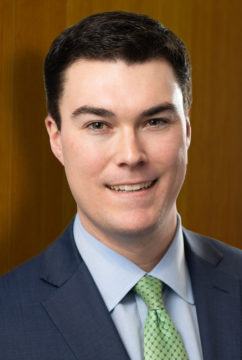 Michael F. Ryan Jr. is Senior Counsel with Pannone Lopes Devereaux & O’Gara LLC and a member of the firm’s Alternative Dispute Resolution and Special Masterships Teams. He focuses his practice working with the firm’s Special Mastership in Prison Monitoring Team for the U.S. District Court, Eastern District of California, responsible for monitoring prison reform compliance and progress in the implementation of mandatory mental health screening, diagnosis and treatment of prisoners throughout the California prison system.

As a result of his achievements and skills, Attorney Ryan was selected by his peers and named a 2023 Best Lawyers: Ones To Watch in the area of Alternative Dispute Resolution. He is a skilled legal researcher and writer with proficiency in assisting clients in complex commercial litigation matters. His experience also includes assisting in negotiations with municipal and state government agencies regarding economic incentives for Opportunity Zone real estate development. Attorney Ryan previously worked as Manager of Public Affairs and Government Relations for a lobbying and communications firm.

University of Massachusetts School of Law